I write this week’s blog with particular populations in mind; soccer, rugby and Australian Rules football players. By now, pre-season is in full swing for the majority of amateur clubs. Hopefully, you have taken last week’s advice and got yourself a pre-season screening to identify any weaknesses or instabilities that you may have. A key area of concern that arises commonly with pre-season screening is the hamstring muscle group. Hamstring inflexibility and/or weakness is consistently seen among soccer, rugby and Australian rules players. As a result of this, hamstring muscle strain injuries have a high prevalence and regularly present to physiotherapy clinics.

The hamstring muscle group is made of up three muscles. Together these three muscles are responsible for straightening the knee and extending the hip. 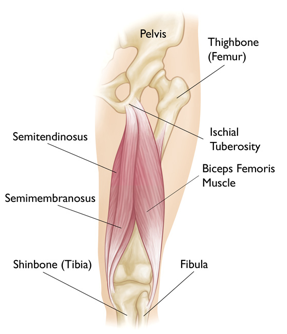 So what can we do to prevent these injuries occurring? In recent times, a lot of research has been done regarding eccentric hamstring exercises to prevent the incidence of hamstring strain injuries. This is what I want to focus on today.

An eccentric movement occurs when the muscle is lengthened under load. This occurs in running when you swing your leg through and straighten your knee; your hamstring is at it’s longest point and is under the most tension. It is at this position during running that you are most likely to injury your hamstring.

So the rationale is to simulate this eccentric movement in training and strengthen the hamstrings that injury is less likely, and research supports this. van der Horst et al (2015) found eccentric hamstring exercises to reduce the incidence of hamstring muscle strains in amateur soccer players when performed over a 13 week period, whilst Brooks et al (2006) found that rugby union players who completed eccentric hamstring training had a lower incidence of hamstring muscle strain injuries than those who did not include eccentric exercises in their program.

The best form of eccentric hamstring training are Nordic exercises. The picture below shows how these exercises are performed. 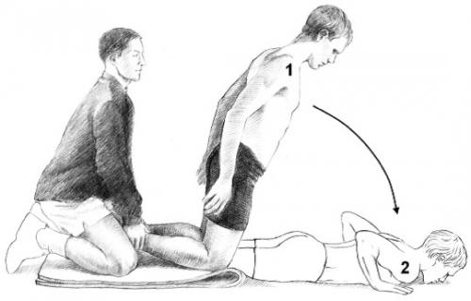 These exercises require a partner to stabilise your feet while you slowly lower yourself in a controlled fashion to the ground. Note, you can use your arms to push back up to the starting position.

Ensure that you see a qualified physiotherapist before you start including eccentric hamstring exercises in your training regime; they can properly assess your hamstrings, instruct you on how to correctly perform the exercises and give you the best number of sets and repetitions required for you.